In 2015, the residents of Flint, Michigan were faced with a water crisis – city officials failed to properly treat or test a new water supply for contaminants, which resulted in lead levels far above what’s permitted by state and federal regulations, and forced the Governor and the President of the United States to take action.

The CDC estimates that annually, nearly 20 million Americans fall ill due to contaminated drinking water. Two Virginia Tech professors wrote in the Washington Post that Flint is not an isolated case: “It’s not unusual for cities to have lead in their water supplies. In 2004, The Washington Post reported that 274 water utilities serving 11.5 million consumers had exceeded the Environmental Protection Agency’s lead standard in the previous four years and that several cities (including Boston, New York and Philadelphia) were out of compliance with EPA reporting requirements.” Chicago has 385,000 lead water pipes, and up until 1986 mandated their use. There are about 6 million lead pipes across the country.

Even more startling, the authors called it a myth to say that if tap water samples meet EPA standards, the water is safe. For instance, the release of toxic lead into tap water lines can be sporadic. The testing may occur on “flushed” water lines, which may affect the sampling.

What’s in our tap water?

The presence of coliforms in drinking water indicates the possible presence of organisms that can cause diarrhea, cramps, nausea, and headaches. In 2015, there were 10,261 violations at community water systems serving 17,768,807 people.

Exposure to these contaminants can lead to cancer and may be linked to reproductive impacts such as miscarriages and birth defects. In 2015, there were 11,311 violations at community water systems serving 25,173,431 people.

Exposure can lead to blue baby syndrome in infants (potentially leading to death in extreme cases), developmental effects, and cardiovascular disease. In 2015, there were 1,529 violations at community water systems serving 3,867,431 people.

Exposure to lead is particularly toxic to children and can cause serious, irreversible damage to their developing brains and nervous systems. Lead exposure can also cause miscarriages and stillbirths in pregnant women, as well as fertility issues, cardiovascular and kidney effects, cognitive dysfunction, and elevated blood pressure in healthy adults. In 2015, there were 8,044 violations by systems serving 18,350,633 people.

Exposure can lead to cancers and compromised kidney function. In 2015, there were 2,297 violations in community water systems serving 1,471,364 people.

A known human carcinogen, exposure can lead to cancers, development effects, pulmonary disease, or cardiovascular disease. In 2015, there were 1,537 violations at community water systems serving 1,842,594 people.

Exposure from pesticides and other synthetic organic contaminants can lead to cancers, developmental effects, central nervous system and reproductive difficulties, endocrine issues, or liver and kidney problems. In 2015 there were 6,864 violations serving 2,669,594 people.

The tap water problem is worse than you think

From the most rural parts of America to the country’s largest cities — millions of Americans primary source of water for daily activities is tap water. We drink, shower, and brush our teeth with potentially toxic tap water on a daily basis with little, to no, warning.

Even when violations are reported to the EPA, the agency rarely takes action. Research finds that in 2015, the EPA took action on just 13 percent out of over 80,000 violations that had been reported.

By 2020, the average water pipe in America will be 45 years old — with many being well over 100 years old. Worse, the standards for lead in tap water are actually less strict than the restrictions for lead in purified (bottled) water.

The EPA has not updated the regulations on tap water set forth by the Safe Drinking Water Act (SDWA) since 1996. Some contaminants remain unregulated, putting Americans across the country at risk. Substances such as polyfluoroalkyl and perfluoroalkyl, known as PFAS, are a group of manmade chemicals that have been linked to serious health complications. These synthetic substances have seeped into our waterways after being released by industrial, military, and firefighting operations. PFAS chemicals are also found in disposable lunch bowls. New research has demonstrated a cause-and-effect link between PFAS chemicals and reproductive harm.

The Environmental Working Group has more information at its own tap water database. The EWG recently found 91 tap water contaminants linked to cancer that could be in your local water.

Below are some of the most egregious examples of water contamination in the United States.

In 2014, Flint officials switched their primary water supply to the Flint River in a move to save money – which resulted in one of the most well-documented water crisis in modern American history. The lead-contaminated water led to a bevy of health issues for the residents of the city and had a particularly troubling impact on children. Studies have shown that nearly 12,000 Flint children lead blood levels two-three times higher than the CDC reference point.

13.6% of blood tests on children under the age of six showed high levels of lead — almost triple the percentage of children than Flint at the height of their crisis. Lead exposure in children can lead to life-long effects including developmental defects and an increase in violent tendencies.

While more than 3,500 utilities serving about 80% of the population in Texas were found to contain radium, the levels in Brady were nine times higher than permitted by state and federal regulations. Radium is a known carcinogen and has been associated with an increased chance of developing bone cancer.

In 2017, Portland’s water officials found traces of cryptosporidium, a parasite that comes from infected feces, in their city’s reservoirs that provides drinking water to nearly a million residents.

New Jersey’s most populous city finds itself, in the words of an official city spokesman, in “…totally uncharted water.” These comments come after it was found that nearly 15,000 households in Newark are still affected 3 years after it was determined there was a crisis. The affected homes in Newark are seeing levels of lead as high as 1,600 parts per billion — 107x higher than what has been ruled acceptable by the federal government.

Why is tap water across the country putting American families at risk? And why does tap water taste different from other filtered water?

Tap water is regulated by the EPA, while other water, such as purified bottled water, faces additional regulations from the FDA and goes through additional purification. 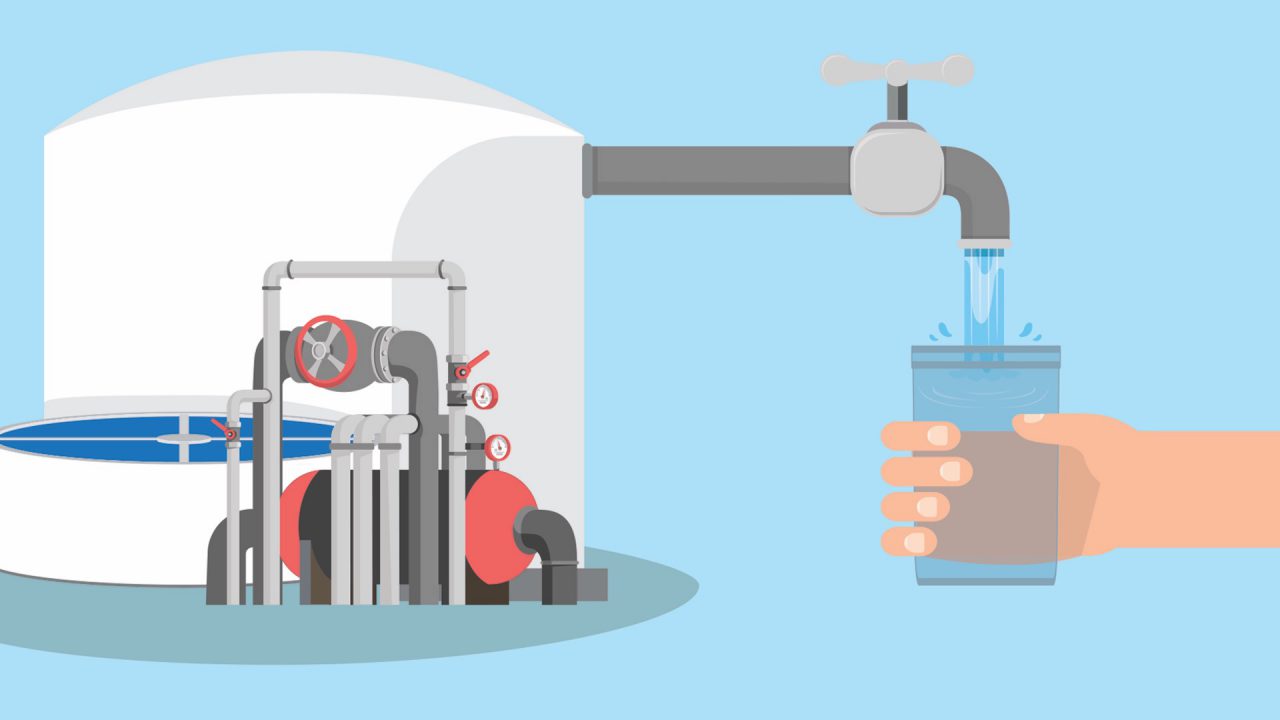 What About Purified and Bottled Water?

Bottled water companies use processes such as deionization and reverse osmosis. If it meets FDA standards in this way, it can be labeled “purified water.” (Bottled “spring water,” by contrast, must come from a spring.)

For a humorous look at tap water tasting, watch this video.

Copyright 2020. All Rights Reserved.
Is Tap Water Safe is a project of the Center for Organizational Research and Education.